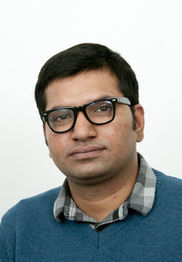 Dr. Razak Khan is a Research Fellow in the History Research Group at CeMIS which is headed by Prof. Ravi Ahuja. He studied Modern Indian History at the University of Delhi and was awarded a DPhil from the Berlin Graduate School Muslim Cultures and Societies (BGSMCS), Freie Universität Berlin, in 2014. Subsequently, he was a postdoctoral fellow at the Centre for the History of Emotions at the Max Planck Institute for Human Development in Berlin, and at The Erlangen Centre for Islam and Law in Europe (EZIRE) at Friedrich–Alexander University Erlangen–Nürnberg. His research interests include princely states in colonial India, urban studies, Urdu public cultures and archives, history of emotions, comparative Indo-German histories, and global intellectual history. He is currently working on his Habilitation project “Politics of Education, Islam and National Integration in the Life and Writings of Syed Abid Husain (1896-1978).” His first book, Minority Pasts: Locality, Emotions and Belonging in Rampur is forthcoming with Oxford University Press.

“Minor Cosmopolitanisms: Institutions, Intellectuals and Ideas between India and
Germany.” Comparative Studies in South Asia, Africa, and the Middle East, (2020) 40 (2): 291–294.

“Entanglements of Translation: Psychology, Pedagogy and Youth Reform in German and
Urdu.” Comparative Studies in South Asia, Africa, and the Middle East (2020) 40 (2): 295–308.

"Local Pasts: Space, Emotions and Identities in Vernacular Histories of Princely Rampur." Journal of the Economic and Social History of the Orient, Volume 58, Issue 5, 2015. 693-731.