The work­shop pro­gram can be down­loa­ded as PDF file here. 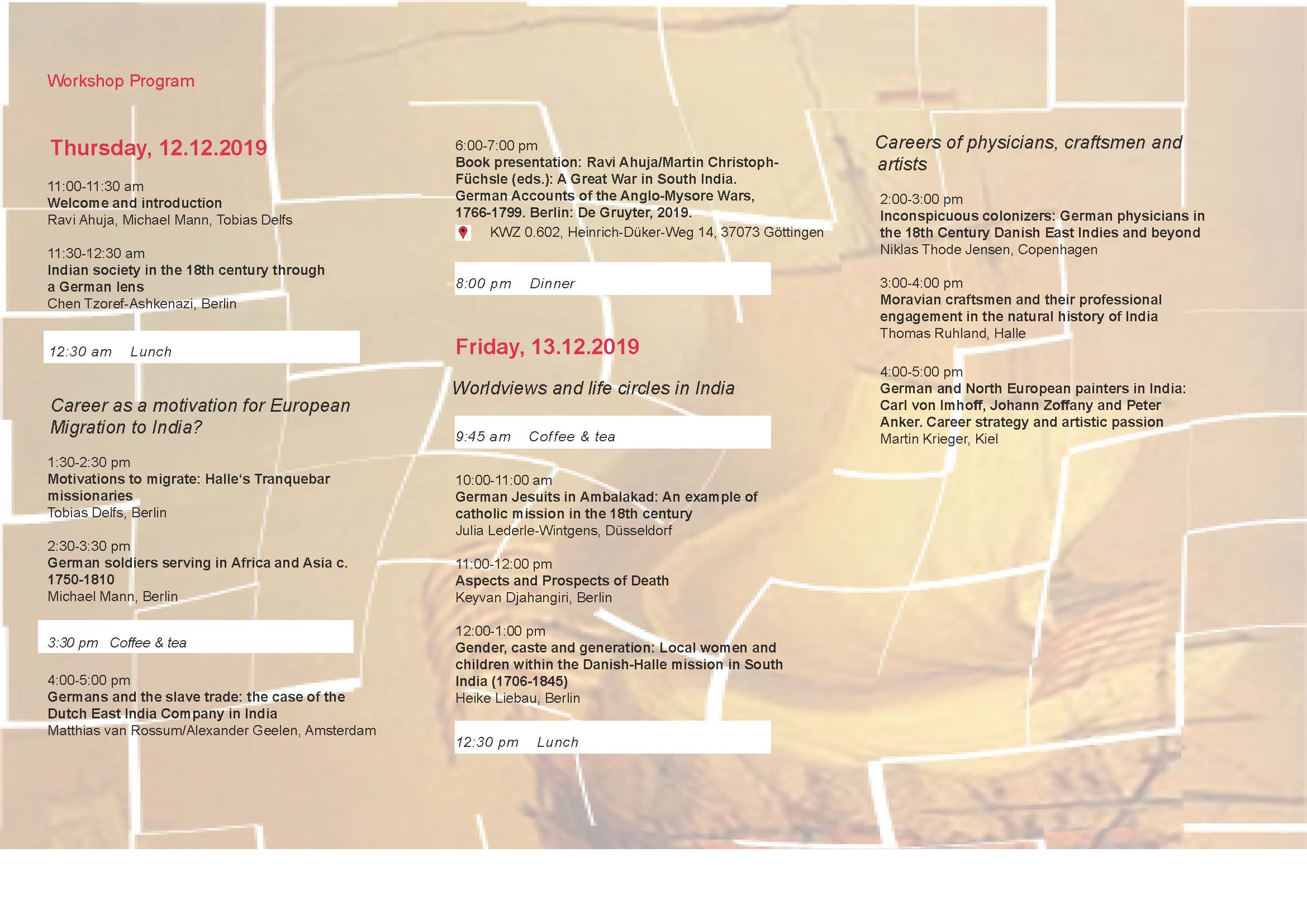 The work­shop abs­tracts can be down­loa­ded as PDF file here.

Indian society in the eighteenth century through a German lens

Germans and the slave trade: the case of the Dutch East India Company in India

Aspects and Prospects of Death

Gender, Caste and Generation: Local Women and Children within the Danish-Halle Mission in South India (1706–1845)

Inconspicuous Colonizers: German physicians in the 18th century Danish East Indies and beyond